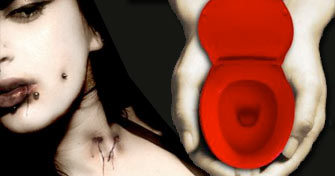 At the risk of sounding like yet another Twilight-basher from the get-go, let me explain upfront.
Stephanie Meyer’s Twilight series have found a large market, and become very successful – nobody can deny this. I have read the books – all four, and the 12 online chapters of Midnight Sun. I had to, to see what everyone was going on about – and I urge everyone – don’t judge a book without reading it. 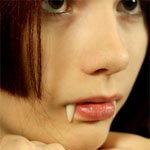 I admit – there was something…compelling, about Twilight

So I’m not someone who’s jumping on the ‘let’s all hate Twilight because people enjoy it’ bandwagon.

Upon finishing Twilight, I remember closing the book and thinking, “WTF just happened?”. It makes no sense, that I completed it, given what I look for in a book. But there you have it. It sucked me in, no vamp pun intended…

What interests me is that such a book could get so much attention. There are a lot of vampire-related options out there, if it was simply a case of people wanting to read about vampires. That can’t be the secret to it’s success. So, let’s take away the supernatural aspect of the series, and look at the characters and story, at their most basic level.

If I do this, I become more puzzled, and then worried. Take away the vampire-factor, and you have a book about a girl who gives up her life for a guy, whom she is excited by because of what – the risk he poses to her safety? She wants nothing out of her life, short of her relationship and his family – no career ambition, no lasting friendships outside her supernatural circle. Yes, Edward is devoted to her – because he longs for her blood! It’s a passive-aggressive relationship at best.

This brings me to a question that Bec over on Burn Bright discussed recently, in her Buffy VS Edward post; has Meyer undone any (if not all) of the girls-kick-ass goodness Whedon gave us with Buffy?

Back to the books, and inevitably, the final book, Breaking Dawn. I know it wasn’t hugely popular, even amongst (most) Twilight fans. But it puzzles me further, with it’s pro-life message, only because it’s contradicted by Bella’s insisting to die.

The thing that troubles me the most I suppose is that parents buy this for their young daughters and I have to wonder if they understand what actually occurs in it. Bella is – let’s be kind – a little brave in the first book, but at the same time – gives up everything. Personally, I found her a bit too transparent a character for most of it. I was more interested in the history of the Cullens. They had history, motive, mystery. As characters, I could sink my teeth into them.
Gah. Another unintentional vamp pun.

But the following books don’t carry on with this; instead we have apathy, betrayal, and anti-climactic finales…interest in the Cullen Clan waned. And you don’t want to get me started on Jacob and the werewolves. Or Renesmee. Gah.

I just don’t get it. When there is so much more out there – so many more wonderful stories of vampires (Bram Stoker’s Dracula – chilling!), fighting for love, and with female protagonists that make much better role models (with vampire backdrops, if you must! Buffy, again) – why does this one get so much hype?

I’m asking for opinions not to be bashed for giving mine, but for any discussion on what it is that you liked about it and why you think it’s struck a chord in so many. Or, if like myself, you put it down and wondered ‘what just happened’, I’d love to hear your thoughts too.
If you haven’t read it – then why not? The amount of negative hype? And do you have an opinion on the attention it’s received?