Death of a Time Lord 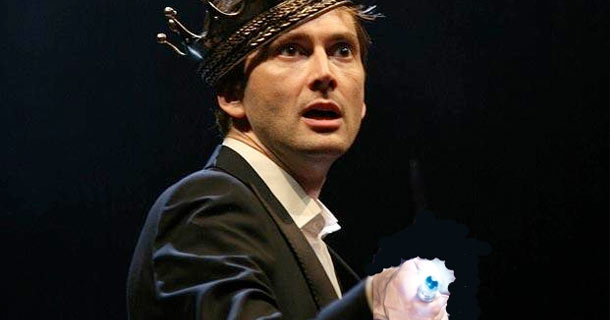 I’ve heard it said by oldbie Whovians, you never forget your first Doctor. Christopher Eccleston was technically my first, and he was brilliant, but there was always something…untouchable about him. David Tennant then came along as the Tenth Doctor, and the Doctor became a sort of warm and fuzzy, fun, squee-able character.

*cue groaning and facepalming from the oldbie Whovian audience*

I miss David Tennant’s Doctor. Nothing against Matt Smith – he’s just not my Doctor.

David Tennant exited Doctor Who in 2009, for a variety of reasons; because Russel T Davies and Julie Gardner were leaving; because if he didn’t leave soon he never would, etc. His Doctor left us early 2010, with the heart wrenching, “but I don’t want to go”.

We didn’t want you to either, David…but it’s done. To be honest – it was time. His Doctor had gone from fun to frowny, from dashing to depressed. I feel like I was watching it out of loyalty more than enjoyment of the series.

So it was time the Doctor got a new face and outlook – and a shiny new team.

But…where’s my Doctor now? Where do Time Lords go when they die?

Everywhere, if DT’s activity is anything to go by! Here’s a glimpse at his post-Who career;

– first, back to school – as Lord Pomfrey in St Trinian’s 2: The Legend of Fritton’s Gold

. Has anyone seen this? Is it worth tracking down?

– to the courtroom – as Rex Alexander in Rex Is Not Your Lawyer. This show has only had its pilot and sounds pretty funny – DT plays a stressed out lawyer who starts coaching his clients to represent themselves in court. Have you seen it – is it as funny as it sounds?

– to the present! – as the hilarious ghost of Christmas present in Catherine Tate’s awesome Nan’s Christmas Carol.

– to the er…death, as Hamlet (so popular on stage, they brought it to TV). During the West End production DT ended up in hospital with a back injury :O ! But was able to rejoin the show once that was fixed up.

– then into fatherhood – as Dave in Single Father

– set in Glasgow. DT plays a photographer, struggling to look after four children – and battling with falling in love with his late wife’s best friend. It’s still listed as coming soon to BBC1 – and you can read more about it here.

That’s just to name a few!

Have you seen any of DT’s post-Who projects? How’d he do? Or, like myself, are you worried that you’ll be unable to separate him from his role as our Doctor? Not to doubt his acting ability for a second, but you know – as Tenth Doctor fans, we kinda look for similarities!