Authors Are People Too 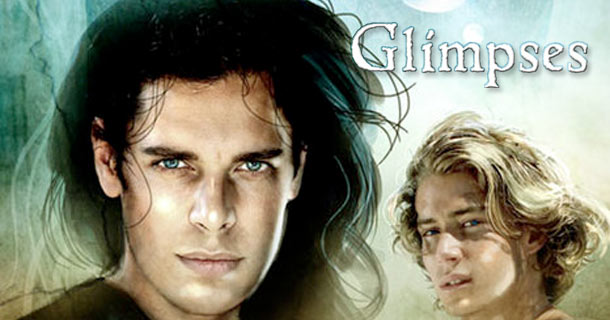 Admit it: authors are the celebrities of the nerd world.

Well, to be fair, there are as many kinds of nerd as there are worlds to hold them—but in the world of the fiction-loving, book-reading nerd? Admit it: authors are celebrities, if not gods.

One of the Internet’s best and worst gifts to the author-worshipping world is accessibility. Twenty years ago, the ideal way to contact your favourite writer was to send them a letter or, if you were lucky, to find your way to an event at which they were appearing. Now? The choices!

Feel like writing a letter? Still a great idea. But if letters aren’t your thing, why not track down an email address, a blog, a forum they frequent? Want to see them in person? Chances are their website features a page devoted to upcoming appearances and signings. Can’t make it to a signing? You might be able to order an autographed bookplate or novel through that same handy website you were browsing earlier. Hard as it is to take in (I still have trouble with it), Authors Are People Too—and, thanks to the Internet, they’re accessible as never before.

Why “worst” as well as “best”, then? Well, there are also downsides to this accessibility. Infamous disputes have occurred between authors and fans, disputes often aired with awkward publicity thanks to online channels. As well, authors who become too familiar with the demands of their readers have been known to compromise their ideas in efforts to please everyone, which is a sure recipe for disaster. In some cases, it’s simply better for authors to remain absent from their own fandoms. 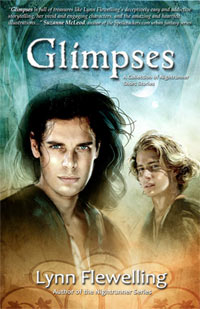 However, that’s not the case here. Ease of communication between authors and fans might have its disadvantages, but it can also lead to opportunities, as evidenced by Glimpses, Lynn Flewelling‘s upcoming anthology of Nightrunner-verse stories. I’ll be reviewing Glimpses here the minute I’ve read it, see if I don’t. In the meantime, I and countless other fans are omg-squeeing with anticipation—not only because zomg-it’s-a-new-Lynn-Flewelling-book, but also because this is a project many of us have been following from its beginning.

Glimpses began with one short story, a side project the author decided to write after being inspired by a piece of fanart. Originally, it was intended as an inconsequential treat for the fandom, to be shared online as soon as it was done. Gradually, it burgeoned into a small press-published collection of short stories, complete with guest-authored foreword, lengthy extract of the next Nightrunner novel, and—drumroll, please—over forty pieces of specially contributed fanart. While Flewelling was still drafting her stories, fans worldwide were drafting artworks for her selection—artworks based on hints, descriptions, and the occasional extract.

This anthology is, of course, Flewelling’s work, and what I look forward to most are those promised glimpses its stories will give us. But there’s no denying the collaborative element of the book as a whole, the fact that its much-anticipated writing will be complemented by fans’ visual interpretations. This project, a fusion of writer’s work and readers’ work, is testament to what awesome can come of fans and gods…er, authors…having access to each other.

is available at Amazon here