The Next Ghibli Masterpiece: Arrietty 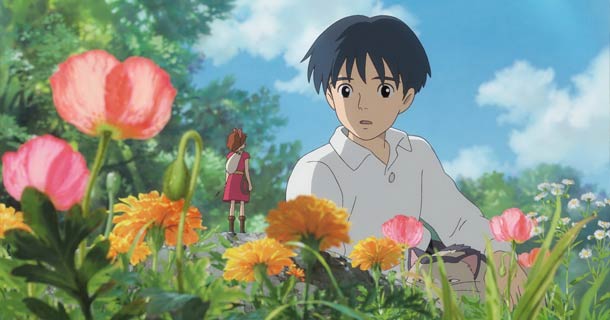 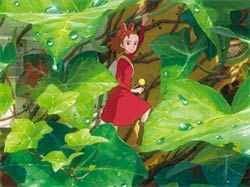 Studio Ghibli films are always highly anticipated by young and old alike. After watching the newest Studio Ghibli dub, one of the first questions I tend to ask is, ‘when’s the next one’? The Japanese studio who brought us amazing works such as Spirited Away, My Neighbour Totoro, Howl’s Moving Castle, Princess Mononoke and most recently Ponyo, continue to deliver both gorgeously animated and sensitively narrated tales full of hope, idealism, friendship and magic.

Many a Ghibli fan will already know what’s next; a film titled The Borrower Arrietty, but information about the western release has been slim or well-hidden. The original was released in Japan in July, 2010. It went on to win the Animation of the Year award at the 34th Japan Academy Prize. Disney are in charge of the English dub, securing several of ‘their own’ as dub voices (Bridgit Mendler, David Henrie, Will Arnett, Amy Poehler).

Based on the 1952 Carnegie Medal winner for children’s literature (as one of the ten most important children’s novels of the past 70 years), The Borrowers by UK author Mary Norton, Studio Ghibli’s Arrietty follows a tale about a race of tiny people (about 10cm tall) who live in the floorboards of houses. These little people ‘borrow’ items to survive from the people who inhabit the houses, without making their presence known. It’s directed by Hiromasa Yonebayashi, the youngest person to direct a Ghibli film (he’s currently 37), who has in the past been a key animator for the likes of Ponyo, Howl’s Moving Castle and Spirited Away. This is his debut as director. The screenplay has been written (/adapted) by the legendary Hayao Miyazaki, whose numerous successes I don’t even need to mention.

This isn’t the first time Norton’s Borrowers has been translated to screen. Some of you may remember a BBC children’s TV Series starring Ian Holme and Penelope Wilton from 1992 – I remember catching this after school on the ABC when I was a child. Others may remember a 1997 film version featuring Tom Felton, Jim Broadbent, Hugh Laurie and John Goodman (but I don’t…has anyone seen this version?).

Of particular note is Arrietty’s Song, heard in the above trailer, released in Japanese, French and English (listen to it here: Arrietty’s Song, and I’ve embedded it at the bottom of this post) – it’s gorgeous. 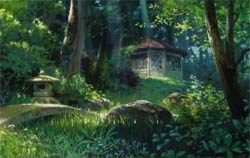 The song can be obtained from iTunes here – but, you will have to change your store to the Japanese version of iTunes to see it, and have a Japanese Apple ID to buy it – or you can get Corbel’s entire album Kari-Gurashi

As for release dates for the English dub:
UK: August 2011
US: Feb 2012
And guaranteed, once it’s released in the UK and US, Australia won’t be far behind (and if it is, we can always acquire it from another country 😉 ).

If you can’t wait that long, you can get the DVD from any reliable overseas DVD seller on June 17 2011, according to Av Watch.
Edit: The DVD release is in Japanese, and includes both Japanese and English subtitles.

Ghibli films are a rare treat and I can’t wait for Ghibli’s Arrietty. As the date draws closer to it’s release the question on my mind is, already, what will they gift us with next?