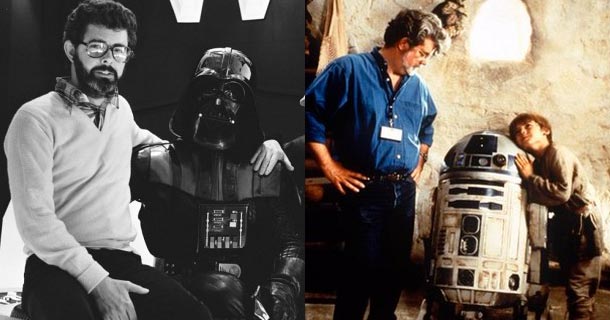 I was reading an article recently that was exploring whether or not Star Wars fans would ever “forgive”, as the article put it, George Lucas for the Star Wars prequels and the re-released editions of the original trilogy.

The article said that forgiveness was inevitable, due to his lack of involvement in the new Disney-produced Star Wars sequels. Either Disney will present something fantastic, and we’ll thank Lucas for creating the universe, high on a great film, or the Disney films will bomb, and we’ll look back fondly to the original trilogy, wishing for what could have been. Either way, the article said (because there will be no middle ground on these films), his popularity will go up and he will get back in favour with a portion of the Star Wars community.

This article lead me to question how this devoted love turned to raging hatred can happen to a creator of worlds; how he can fall so far from grace by the people who revere his creation?

At its core, Star Wars, the original trilogy, is a very simple boy-goes-on-journey story, with a space backdrop and well-rounded characters. The prequels were not any of these things. They felt corporate – like the search for more money – and the universe was tainted with showy and irrelevant special effects, bad writing and acting, worse backstory and cheap explanations thrown in, all for the sake of quick sales. 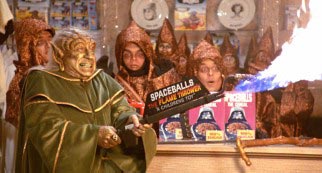 The blame for it going so wrong lies, for many people, on George Lucas’ shoulders alone. This is his IP; he wrote the prequels and invested lots of time and money into it – how could the creator of what we love betray us so? How could he have let this happen? 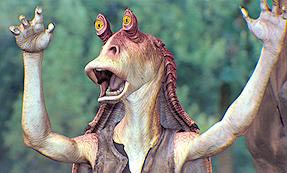 I have a theory…

Star Wars is certainly not the only franchise to have this happen – though it would probably be the most extreme. As the popularity of a franchise grows, expectations from its fans grow higher and higher. The pressure on the creator of worlds mounts. But it’s their job to rise to the expectations and manage the pressure, right? They just have to stick true to their world and characters and if they just keep doing what they’re doing, they can’t go wrong. Right?

I’m sure George Lucas’ original Star Wars story outline, and even script, were terrible. But he would have done what any writer does – put pen to paper, gotten down the base concept then fleshed it out a little, and sent it off to peers and editors for feedback. He may have not liked what the editorial team came back with – and he may not have been in control of who edited his work – but the team of people developing it would have found a balance that created the original Star Wars saga that the world fell head over heels for.

George Lucas is a household name – a renowned director, writer and producer. Star Wars was (is) a legendary success. The studios want more and he’s happy enough to dive back into his world and give it (let’s ignore the money aspect, please).

Sure, it’d be a lot of pressure to make the Star Wars prequels as big a success in today’s much more competitive film industry, but hey – he knows the world, the characters, and the backstory, and he’s just gotta do now what he did then.
So he writes out the base concept, the original script, and sends it off to be edited.

This is where I think the process fell down.

In the 70’s, Lucas was barely known (comparatively) and his editors and producers would have been much more invested in creating a masterpiece than kissing his ass.
In the 90’s/00’s, working with George Lucas and on Star Wars would have been a dream come true. A (one would assume) sure-fire ticket to success. Anyone and everyone would have wanted in.

So what do you do when you’re sent a script by the (now renowned) George Lucas? You praise it. And you praise it some more. And you praise it again. You might try to suggest some minor tweaks where the story really doesn’t work, but in the back of your mind you are worried that if you are too hard on this story, the opportunity to work on it won’t happen again. And besides – this is George Lucas! He didn’t do too badly with the original trilogy – he knows this stuff! Trust him.

I’m not in any way saying that the prequels turning out the way they did are the fault of editors not doing their job. Hey – maybe the editors were tough and Lucas simply chose to ignore their suggestions.

But there is one thing that I am confident in saying to summarise the above point; Star Wars Episodes 1-3 feel like first drafts.

So I’ve come to explaining my main point; what I call the George Lucas Effect:

When a writer, a creator of worlds, becomes too powerful to be edited.

Nobody likes being edited, but writers do it (albeit with a cringe half the time) because they know it’s part of the process, and that with the right people, the story will be made better for it.

But if the writer becomes too big to be edited – either through arrogance, or by having editors who are more interested in kissing ass than getting the job done properly – the story, and world, suffers.

This is what I believe happened with Star Wars. George Lucas was too powerful to be edited so his first draft got through.

The signs of this are even evident in the re-released original trilogy – you know, the ones where Han doesn’t shoot first, Jabba appears outside of the Millennium Falcon in Episode IV calling Han “ma boogey” or whatever, that weird dance sequence happens in Jabba’s palace in Episode VI and old Darth Vader is replaced by Hayden Christensen’s leering ghostly form at the Ewok after party. 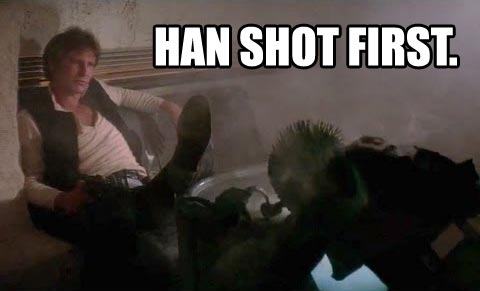 These are ALL additions or changes that, if/when Lucas originally attempted to get into the trilogy, would have been stopped by the editors (both film and script). They weigh the story down; they don’t match the pace; they don’t contribute; they’re just not interesting or appropriate. Etc. But by the late 90’s, Lucas is big and successful enough to say, no, I want these things in still, and so I shall have them. These things the old editors said I couldn’t have.

Yes, sir, whatever you want, sir 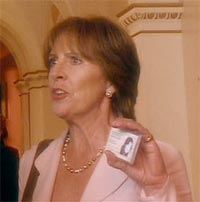 The George Lucas Effect can be seen in many other shows and films, the closest to my heart being Doctor Who – New-Who, I mean – which crash-landed in 2005 with a fantastic Doctor and ordinary, believable characters who were given the opportunity to grow and be brave. The stories were, at times, a little silly – but the silliness had a fun quality about it that made you believe the writers were as tongue-in-cheek as we were about it.

The George Lucas of New-Who, Russell T Davies, became hugely popular, as did the series, with an enormous new audience. Expectations from fans grew, and for a time, Davies and his team delivered. Eccleston regenerated into Tennant, and it was still just as brilliant.

And then it wasn’t. Whether fans expectations soared too high too fast, or Davies became too big to edit, New-Who started getting…well, bad. The stories were more contrived than ever (which is saying something for a show about a 900-and-something-year-old alien who travels the universe in a ship disguised as a Police Box), the pace was inconsistent, and the characters felt dull, lacking the growth opportunities that the initial New-Who companions had. The Doctor became moody and mopey and – frankly – boring. Actors can only do so much with shitty scripts and stories, and I say that because Catherine Tate’s portrayal of Donna Noble was a tiny, refreshing turn back to that original character growth we loved so much, due to her ability (that frankly, surprised us all). But New-Who was still never as good as it had been. There was something very forced about it all. Even the Tylers, Mickey and Jack returning to Who for a time felt just plain wrong – the characters were caricatures of their former selves.

Blame and rage fell upon Russell T Davies. “He’s supposed to know and protect Doctor Who!” 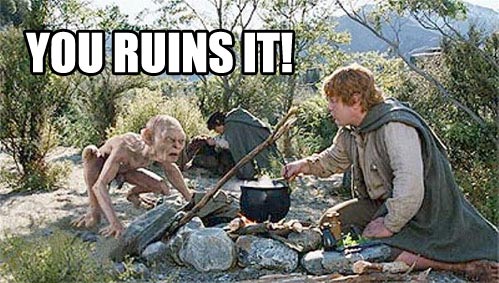 Was it a confusing time for him? Was he still doing what he’d always been doing? Was he listening to his editors – or were his editors either too trusting or enamoured of who they were working with to speak up and tell him what did and didn’t work any longer?

You can see the same thing happening with the next New-Who show-runner, Steven Moffat. For a time, I considered him to be my favourite television writer, but now? I’m not so sure. Brilliant Moffat, who gave us our introduction to Jack Harkness, and the Weeping Angels, is now kind of hated by a larger-than-you-would-think portion of Who fans – so much so that he left twitter, one can assume because he grew tired of all the hate he was receiving (which is disgusting – shame on anyone who had a go at a writer on twitter when they have no idea about what actually lead and who was really involved in the creation of a story arc or episode). 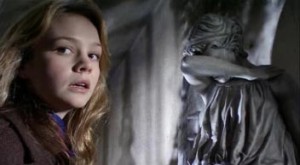 It feels like Moffat’s heading toward the George Lucas Effect, and remembering just how much love I had (have) for his earlier work – from Coupling to Jekyll to Sherlock, and of course, Blink, The Empty Child and The Doctor Dances – instead of feeling rage at the quality of writing and editing degrading or wanting to flame Moffat for “letting the Doctor down”, I feel really sorry for him. You can’t deny that this guy loves the Doctor Who universe. He wouldn’t be out to intentionally ruin it to make a quick buck. But because of his position, he gets all the blame, which clearly overshadows the praise. There’s no denying that much of his recent work on Who (and is it just his work?) feels like it could do with a good edit before filming. Maybe the deadlines don’t allow for it. Maybe he doesn’t agree with proposed changes, so bins them and sticks to his first draft. Maybe it’s producers who don’t know the material, sticking their noses in where they’re not needed or wanted. Maybe nobody’s telling him what they really think of the story any more before it’s filmed.

In turn all of this makes me sad about Star Wars and I can’t help but feel sad for George Lucas. Despite the squazillions of dollars, and whether arrogance or comes into it or not, to have something you created (or helped to re-create) be absorbed by the masses, and then have those masses turn on you, saying that you, the creator, are destroying it, feels like a terrible thing.

Is it just all part of their job – and is it our right as readers and watchers to pass judgement on not only the world and story, but the actual creators of worlds? Does it matter if it’s fair or right? Is it just what it is? Is it writer arrogance, or sloppy editing, or ignoring editors’ suggestions, or the entitled fans expecting too much, or lack of time, or all of the above, that causes the effect?

I’ll leave you with two What If videos – exploring what the Star Wars prequels could have been. And I have to admit – this guy’s vision of the prequels sounds much more in tune with the vibe of the original trilogy than the canon story we had delivered to us as the film. So I just have to keep wondering – what really went wrong?