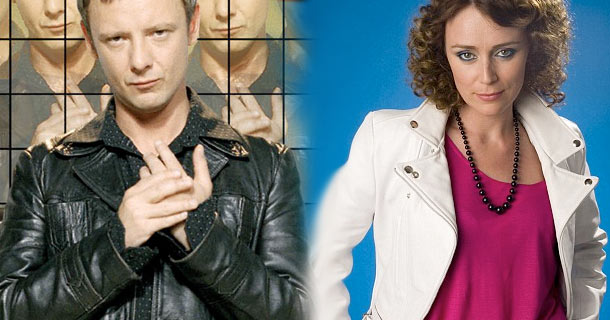 Legend has it that when you die, your whole life flashes before your eyes.
Is it true? Real? And how long will those flashes take – will you be technically in limbo while you mentally relive your regrets and successes?

No, this isn’t a dark article about death. Or an article to campaign for some deceased scientist’s ashes to be transported to Mars. It’s about the BBC drama, Life On Mars, and it’s sequel, Ashes To Ashes.

Because I think they’re some of the most fantastic TV we’ve seen in the past 5 years.

Life On Mars, named for the David Bowie song, follows the life of Sam Tyler (John Simm) – a DCI from 2006 Manchester – who has an accident, and wakes up in 1973. He’s suddenly a DC – and transferred from Hyde to a new station, according to the papers in his car. He is assigned under a DCI by the name of Gene Hunt (Phillip Glenister). Along with the rest of Gene’s team – Chris Skelton (Marshall Lancaster), Ray Carling (Dean Andrews) and Annie Cartwright (Liz White), Sam helps solve crimes of the 70’s in their own unique 70’s cop-way. The conflict between Sam’s well-trained and politically-correct 2006 methods, and Gene Hunt’s punch-first, ask questions later (maybe) methods result in plenty of arguments and entertainment!
Along with all of the 70’s cases, Sam has to figure out the truth. Why is he there? Is he dead? In a coma? Or has he travelled back in time?

Life On Mars ran on BBC in 2006 & 2007 for it’s intended two series. It wasn’t cancelled – that was just when the story ended. How refreshing, for a show to have a start and an end, instead of being cancelled or getting old, tired and boring, and then being cancelled!

In 2008, the same people brought us Ashes To Ashes – again, named for a Bowie song. This time we follow London officer Alex Drake (Keely Hawes), a police pyschologist and mother, who has studied Sam’s case. Like Sam, Alex is in an accident, but wakes up in the 80’s. Cue the cleverest sequel ever written! It uses the same devices, same characters (Gene, Chris and Ray at least, along with Sharon ‘Shaz’ Granger – Montserrat Lombard), and is amazingly fresh and exciting. Why?
I believe its because, as I mentioned earlier; Alex has studied Sam’s case. This is made clear from the very start. She knows about Gene, Ray and Chris, and the circumstances Sam found himself in in the 70’s. She knows that she has to figure out why she’s there, if she hopes to make it back home to her daughter Molly. So, we’re not starting the same story over again – Ashes To Ashes is less a sequel, and more a continuation of the Life On Mars story.

There’s something for everyone in this show – drama, mystery, fantasy, lots of scares (creepy TV moments with creepy little girls or clowns) – and most importantly, lots of fun. Alex’s dream of the boys singing Uptown Girl is one of my favourite comedic TV moments of all time!  Anyone got any fave LoM/AtA moments they want to share?
And the characters! Gene Hunt is going to go down in history for his lack of tact, his love of his wheels, his ‘motivational’ techniques and snappy, original one liners (eg: “Today my friend, you diary entry will read “Took a prozzie hostage and was shot by three armed bastards” Ashes To Ashes, Ep1). Ray is possibly the most likeable-but-unlikeable character I’ve ever come across. And every time Chris messes up, I want to bawl my eyes out for him. It’s going to be one of the highlights of my TV-watching year to find out The Truth about these guys.

And we’ve been promised we will find out what The Truth is. Ashes To Ashes is set to finish this year, after running it’s (intended) three seasons. It finishes in two episodes time, in fact. Will they deliver an actual Ending? In under two weeks time, will we know who Gene Hunt really is and what actually happened to Sam Tyler?

Despite being desperate for answers, I am sad that it’s ending. So a part of me has to wonder in hope – will it be left open, to make way for a potential 3rd continuation at some later date? We’ve been told thus far, no. Dean Andrews was quoted recently saying “Everything is tied up. You get all of the answers from Life On Mars and Ashes To Ashes. I think they’re all given within this final series and you realise what it was all about.”

So, Ashes To Ashes appears to be it. But hey – we can dream…right?

I bloody well ‘ope so!

and Ashes to Ashes – The Complete Collection Series 1 to 3

can be purchased from Amazon.