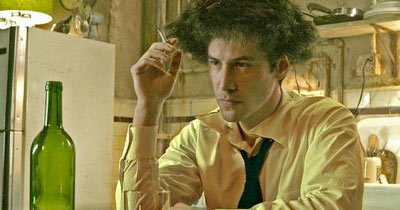 I don’t pretend that I’m an expert when it comes to anime. I just know what I like. Cowboy Bebop, I like.

It’s set in the not-so-distant future (2071), focussing on the adventures of a team of bounty hunters, who fly through space and catch contracts for bad guys on the good ship Bebop. With a funky western feel and jazz soundtrack, this 1998 anime wound it’s way into a lot of people’s hearts and souls.

With moviemakers turning every book, game and anime into a live-action film, of course Bebop would eventually fall onto someone’s radar. For a couple of years now, we’ve been hearing rumours good and bad surrounding this anime’s translation to the live action silver screen.

But what can we expect? Will it remain true to the feel of the anime, manga, game, and 2001 anime movie? Or will it look nothing like the series we know and love (aka, Dragonball Evolution. Good grief, they better not). When the word of the film and it’s star set forth into the plains of the interweb, you can probably imagine the response. Tears. Rants. Rage. Etc. 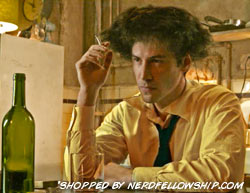 There’s really not that much info out there, at the moment. If you already know and love Cowboy Bebop, you’ve undoubtedly heard that Keanu Reeves will play Spike Spiegel. The film will be produced by Fox (everyone’s favourite studio), who will (thankfully) be working closely with Sunrise Animation and a number of other Bebop originals.

As for release date? The film is currently in the stages of being rewritten, but IMDB has it listed as 2011. Keanu Reeves has been quoted in September 2009 saying “the writer (Peter Craig) did such a great job in order to make the movie you would need half a billion dollars!”

Knowing Fox’s uncanny ability to dumb great stuff down, I’m hoping against hope we get to see a lot of the half-billion dollar version, particularly since Craig has said he is sticking as close to the original feel of the anime as possible. Sunrise, who have insisted upon retaining a high level of control over the quality of the project (thank god!), have been quoted saying “if the script is terrible, the live-action film adaption will not be approved.”

So…I’m keeping optimistic about the outcome, particularly – and I thought I’d NEVER say this – about Reeve’s inclusion as Spike. I wasn’t so keen on the idea at first, but now? Apparently, he was a driving force behind the film to start with, so I daresay he’s a huge fan already – and will want to do it justice. And think about Spike’s attitude; it’s minimalist. Reeves can do that.

Regardless of how it turns out, anything Bebop related will generate support and hype for the original, and that deserves all the attention it can get.

The big question I want answered is, who will the rest of the characters be played by? Faye, Jet, Ed, Vicious, Julia…etc. The movie doesn’t even appear to have a director yet, so who knows how long it will be until it makes some ground on the casting front.

Until then…here’s a fun little fanvid I found – a speculative Bebop live action trailer, with a Wolfmother soundtrack:

See you, Space Cowboy…soon, I hope.

and Cowboy Bebop: The Movie

(anime movie) are both available from Amazon.