Enough With The Cancelling 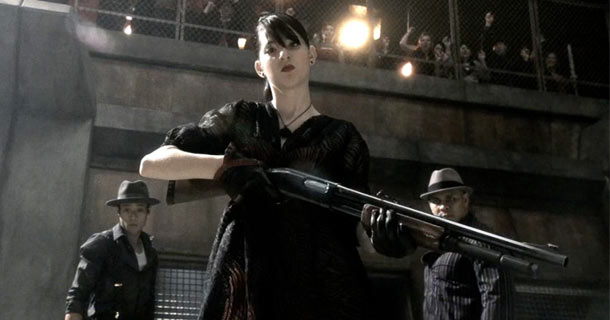 The Stages of TV Show Grieving.

Why is a speculative show that really speaks to you cancelled? Why are dull ones renewed season after season? And what could networks be doing to spare us?

How can a show that I love not be considered worthy of air time, when stupid ad-grabbing reality shows, poorly-written dramas and un-funny sitcoms continually be renewed and plugged? From the first moment the word ‘cancelled’ crops up next to our favourite show, particularly those classed as speculative – anything sci-fi, fantasy, supernatural or horror- the internet is inundated with comment after comment of woe-filled denial. Which, as reality sets in, turns quickly into…

The angry excuses start cropping up.

1/ The viewing population, the one that gives ratings, are too stupid to get it.
After all, as made evident in Craig Engler’s (GM and senior vice president of Syfy Digital) recent blog post, The truth about TV ratings, online viewing and sci-fi shows, when discussing the Nielsen system that allows statistics to be assembled that officially rates TV shows – there are about 20,000 US homes that take part in the program. 20,000 people, in a single country, determining the world-wide statistics of whether a show lives or dies? And they’re clearly currently only interested in one show; Two and a Half Men. 😐
So yes. It’s extremely likely that the ratings audience didn’t get it.
For a moment it makes us feel smarter & better than your average viewer, as we angst on about the world not being ready for the groundbreaking, analytical or introspective themes.

Gone but not forgotten. Ever.

2/ It was marketed incorrectly.
Teams of professionals got it wrong, and it didn’t reach it’s target audience. This caused the low ratings. It’s not the show’s fault, it’s the network’s.
And quite often, it is. Marketing teams used to advertising to their audiences in a certain way – for drama – miss the mark with speculative shows. Shows are misinterpreted, misplaced and manhandled between timeslots. Only those very dedicated keep up with it – the rest don’t make the effort.

3/ The network can’t sell the show to advertisers.
A lot of shows survive only because the commercials placed in them pay big bucks to be there. Some tv-shows are purely created to advertise a product or brand.
Get a show that makes people think or question, and for safety’s sake, advertisers don’t want to risk being associated with it.
Make the risky show a speculative piece, and the risk is higher; not only are you associated with a controversial theme, but your audience are *nerds*! Shock-horror if our ultra-accessible and funky brand is associated with something nerds like!
For all the ground geeks have gained in recent years, the majority of people – including your marketing types – still wield that high-schoolish stigma of wanting to be perceived as cool rather than geeky. They don’t want to be geek through association.

4/ The story arc is too long or convoluted.
People expect to be able to put on a tv-show when they feel like it – not need to invest from word go. If they happen to catch an episode and are confused because you had to watch the previous 10 episodes, of course they’re going to switch off.
Not that a well-thought out and developed story arc is a bad thing! It’s just a part of the reason why ratings might stay low and thus a show is canned.

The petitions crop up. If we can prove to the networks that this show has fans, will they renew it?
Um…how often have you seen an internet petition sway TV network execs? I’m honestly asking, because I’d love to think that fans really have that kind of power, and would love to hear it worked for something!

It’s really over. You’re really not going to find out what happened, without a miracle, or a switch in medium.

Yer…I’ll tell you when I get there. Long live the spin off comics and novels to keep the arc going. And for those shows that don’t continue in written, movie, etc form? There’s always fanfic.

So what is there to look forward to? More shows to sink our teeth into that’ll inevitably be cancelled due to the overwhelming odds stacked against them?

How long will sci-fi stay on television? Surely creators will get tired of investing energy into these wonderful stories, only to have it’s air supply cut off while they’re still deep underwater.

So is the future in:
– the web? Reach that target audience straight away and count your ratings on a global scale?
– spin-off novels and comics?
– a more dedicated genre tv network? Surely not – even Syfy get it wrong sometimes – like cancelling Caprica

The obvious option would be to move TV to the web. The majority of TV networks already have viewers on their sites that let you catch up on an episode you’ve missed.
What about web exclusive shows?
You’d be able to sell it to online advertisers, count your hits/ratings, figure out your target audience by country.
It’s better for us, as it’s on-demand, and we know for certain that if a show is cancelled, it’s because nobody globally was watching it.
It’s better for advertisers – as they can see exactly where their money is going and how much it’s returning – through ad tracking. Not only do they know how many people are clicking their ad, they know how many are converting, and they know which countries they’re getting the most hits from.
The only group involved here that it isn’t better for are the TV networks. Because statistics can be measured more precisely over a wider range of people online, and the truth of where money goes that advertisers have handed TV networks would be more (scarily) black and white.
In the current television model, advertisers give TV networks wads of cash based on a statistic, regardless of whether people are actually watching the ad or making decisions to buy that product. TV networks must prefer this method of advertising as they get a lump sum, again regardless of whether the end user is being influenced by that ad and resulting in a sale or not.
And without those lump sums, a lot of TV couldn’t be made.

The web is the better solution for us as viewers, and for those paying for most of the show – but it may be a long time coming to a point where a majority of shows survive online exclusively, due to the potentially negative effects it could have on the people making TV shows and where the funding comes from.

But it does sound perfect for shows they can’t get up there for whatever reason on a traditional TV-model, but still generate a cult following for years, sometimes decades, to come.

So – any TV types reading wanting to share their thoughts? No? Ok – who’s up for an online petition to get this happening? 😛