Torchwood Season 4 – caught in the rift 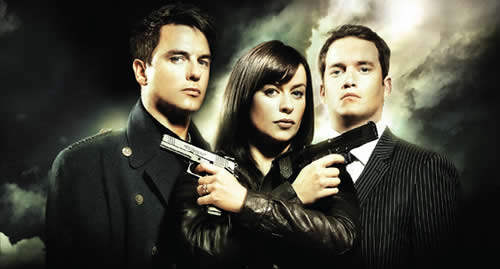 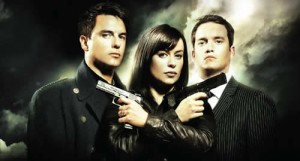 Shortly after the finale of Torchwood: Children of Earth, creator Russel T. Davies announced that he had a fourth season ready to go if that’s what people wanted.  YES IT’S WHAT WE WANT! (sorry for shouting, I’m very passionate about Torchwood).

We were told on 12 November 2009 by RTD that Series 4 had been confirmed and production should start in January 2010 in a collaboration between BBC and Fox, in a format targeted for a US audience.  John Barrowman confirmed that he had signed up for 13 episodes. Doctor Who writer Andrew Cartmel had been confirmed as writing an episode for season 4 titled “The Jinx”.

January 2010 has come and gone, with no word on any progress.  As the calendar continues to tick over, I’m starting to worry that things are not well in the land of blowfish in convertibles.

April 11 2010, John Barrowman is reported to have said in an interview on Heat Radio that season 4 is still in discussions, and time will tell if it is put into production.

April 22 2010, BBC Worldwide & Fox announce that they will not be collaborating on a joint production of Torchwood.

Apparantly BBC Worldwide is in talks with other networks about a possible collaboration.   In relation to a US version of Torchwood, executive vp of BBC Worldwide, Jane Tranter, has been quoted as saying “It’s very much ongoing and very much alive”.

Is there ever going to be a season 4 of Torchwood?

Is the next installment in the Torchwood franchise going to be Torchwood: <<insert US city name here>>?

Can someone fill me in?  I’m sure as hell confused and disillusioned.

and Torchwood: Children of Earth DVD