What IS going on, Torchwood! 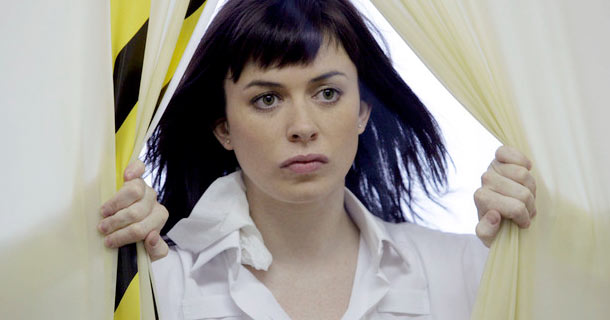 Torchwood season 4 has been trapped in the rift for a fair while now. There’s been a major move to the US, a failed deal with Fox – some would say they dodged a bullet there – and now, finally, we get word.

Torchwood: The New World, is going to start filming next year. It’ll be set in Los Angeles. That’s right. LA. Not Cardiff.
Jack, Gwen and Rhys are back. Show creator Russel T Davies has been quoted envisaging Gwen on a poster with gun in one hand, baby in the other (er, what?). There’ll be 3 new US team members, two your typical CIA (CSI) types – Rex Matheson, and Esther Katusi (Katusi? Any relation to Wilfred’s old mate Winston Katusi?). Oh, and a convicted pedophile called Oswald Jones.
It is Torchwood, after all. In case you’re wondering, all three new characters are yet to be cast.

On the whole, the announcements about Season 4 of Torchwood have left me feeling deflated and unimpressed :-/

Torchwood season 4 will be lacking at least part of what made the previous seasons so endearing. It’ll be missing that underdog factor.

If there’s alien threat in sci-fi land, it happens in the US. If something happens in the UK, its in London, Edinburgh, Glasgow, Bristol, Cornwall…any number of other cities. Nothing ever happens in Cardiff! Setting Torchwood there was as brilliant as setting District 9 in Johannesburg.
Cardiff isn’t your normal hub of alien encounters – which oddly, makes the fantasy all the more plausible. Andy sums up our pre-Torchwood thoughts on Cardiff in the first episode with –

“CSI Cardiff. They’ll be measuring the air speed velocity if a kebab.”

Nothing is supposed to happen there. But it does.
We love Cardiff, because it is the underdog city.

Torchwood season 4 is set in LA. Predictable, when it comes to alien encounters, and hardly the underdog of cities.

Underdog #2: The Team – the Small Fish

While Jack Harkness is indisputable caller of the shots no matter where he is, Team Torchwood as a whole was an underdog.
They weren’t intended to be sole Torchwood representatives or shoulder all of the responsibility to defend the UK. Torchwood 1 (London) was in power, from Queen Victoria’s time, up until the battle of Canary Wharf in 2006.
Seeing Torchwood 3 (Cardiff) go from being small to being the only real experienced defense Britain had, made the entire team an underdog, as a unit. The small office got the big promotion and with it, a requirement to prove themselves. And they totally proved themselves. We were proud. There were tears 😛 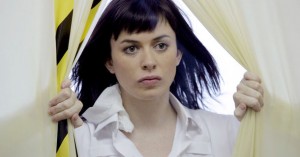 What Russel T Davies does brilliantly is write underdog or ordinary characters – Mickey Smith, Rose Tyler, Donna Noble, Rhys Williams, even Ianto’s brother in-law Johnny Davies – and lets them be brilliant. It’s inspiring.
When Torchwood began, we joined Gwen Cooper in discovering what it meant to go from being street cop to alien expert. And while her character is supposed to evolve, that dynamic of finding one’s feet is going to be a difficult thing for the show to find again in a new location. Everyone we know and love will be experts already. But we, the audience, will need someone to journey with, in order to find our feet in the new place.
Sure, we’re getting the three aforementioned new characters. But – have their journey mimic Gwen’s too closely, it’ll look unoriginal, and be kinda boring. Stray too far and we lose the element of sharing the newbie’s journey entirely, so relating to it will be difficult.

And have them try to even hint at replacing our Tosh, Owen and Ianto – and there’ll be interweb hell to pay!

I’m sure it’s doable in writer-land, and it’ll be tricky – but Torchwood needs it, particularly with the move.

And what about the Rift…

The Rift was the reason for Cardiff’s branch of Torchwood existing. Was the Rift destroyed when the Hub was? Is it shifting? Is it still there but they no longer care? Or is there a bigger rift over LA, all of a sudden?

Or are they moving on from rifts entirely, and creating a brand new reason to settle in the US? How many lanterns are they going to have to hang on that one?!

One of the reasons Torchwood was so brilliant was that it was the battler, the underdog. It wasn’t Doctor Who. They were BBC3, they were a spin-off. The team didn’t have the access to all the gadgets the Doctor did, and weren’t able to pick up and run off into the Vortex if things got too complicated. They had to stick it out, for better or for worse, in Cardiff. It was their job, and we could all relate to that.

With most of the original characters dead, the Hub blown up and moving the remainder of the team to the US? It won’t be Torchwood. It’ll be yet another US-based CSI-type show, with a dose of aliens.

…please prove me wrong, RTD. I beg you.

Looking to own Torchwood? You can buy Torchwood: The Complete First Season on DVD

and Torchwood: Children of Earth DVD